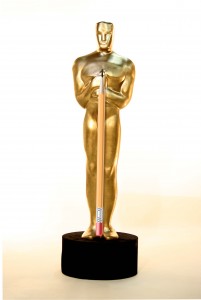 There’s quite a bit of “talk” around the Oscars this year but here at TeacherLists there’s no controversy around the following schools and the success they have had using TeacherLists to communicate with their school community! So without further adieu.

Best Story & Best Listing Location
Ele’ele Elementary School, Ele’ele, HI
Not only is Ele’ele Elementary School using TeacherLists for all their supply lists needs, but they have seamlessly integrated the information into their school website. Say aloha (bye-bye) to miscommunication and lost paper lists and aloha (hello) to happy parents!

Best Art Direction – Private School
Ovilla Christian School, Ovilla, TX
Not only is Ovilla Christian School letting parents know what is needed and wished for from all the teachers (music, spanish, robotics!) but they are doing it in style with a custom badge on their school website. Totally at the top of our who wore it best list!

Actor/Actress in a Supporting Role
George H. Mitchell Elementary School, Bridgewater, MA
The Parents’ Association at George H. Mitchell Elementary School is a lean mean information sharing machine. They may have been recruited to play a supporting role at the school but they are stealing center stage with this production. They wrote, directed and put on a real show for their parents and teachers.

Lifetime Achievement Award – Director
Jefferson Elementary School, Metropolis, IL
Melissa Thomasson has devoted her life to list-making. Okay so we may be a little overly dramatic but we want to recognize her for her devotion to the craft. She was one of the first list administrator on TeacherLists and thus has been helping her school reach great heights since 2012!

Lifetime Achievement Award – Series
Bangor Christian School, Bangor, ME
Patty McLeod had a dream and back in 2012 she took that dream to the screen. A list that let parents know what supplies were most needed! Now, almost 4 years later, she is still working on keeping that dream going. We hope she makes it through 10 seasons and beyond!

And last but not least we’d like to recognize the Awards for Outstanding Creative Direction that were given out earlier this week. In the following categories…

We’d like to thank TL Academy for this award.
We are honored that our outcry for emergency sweatpants has finally been heard by the people! Gone are the days when children walked around with poopy or wet drawers! Not at Cornerstone Elementary thanks to TeacherLists!
You like us, you really like us!
Thank you!